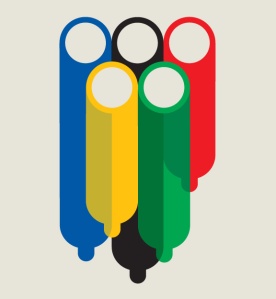 The just-released issue of the American Journal of Bioethics has a great article on the newly revised criterion for “gender verification” being used at the 2012 Olympics, following the Caster Semenya debacle of 2009: “Out of Bounds? A Critique of the New Policies on Hyperandrogenism in Elite Female Athletes,” co-authored by Katrina Karkazis (author of Fixing Sex, a must-read text on the history and contemporary ethical quandaries surrounding intersex treatment), Rebecca Jordan-Young, Georgiann Davis, & Silvia Camporesi.

In May 2011, more than a decade after the International Association of Athletics Federations (IAAF) and the International Olympic Committee (IOC) abandoned sex testing, they devised new policies in response to the IAAF’s treatment of Caster Semenya, the South African runner whose sex was challenged because of her spectacular win and powerful physique that fueled an international frenzy questioning her sex and legitimacy to compete as female. These policies claim that atypically high levels of endogenous testosterone in women (caused by various medical conditions) create an unfair advantage and must be regulated. Against the backdrop of Semenya’s case and the scientific and historical complexity of “gender verification” in elite sports, we question the new policies on three grounds: (1) the underlying scientific assumptions; (2) the policymaking process; and (3) the potential to achieve fairness for female athletes. We find the policies in each of these domains significantly flawed and therefore argue they should be withdrawn.

An important read before you zombie out watching feats of elite athletic prowess.  Also worth checking out:  Ceasefire Magazine’s “Olympics Watch” section, exploring gentrification, securitization, corporate greenwashing, and the imposition of surveillance culture in London, on the occasion of this summer’s games. And finally, here’s one last article on sex in the Olympic Village. 100,000 condoms!